by shawurai
Most recent loot. 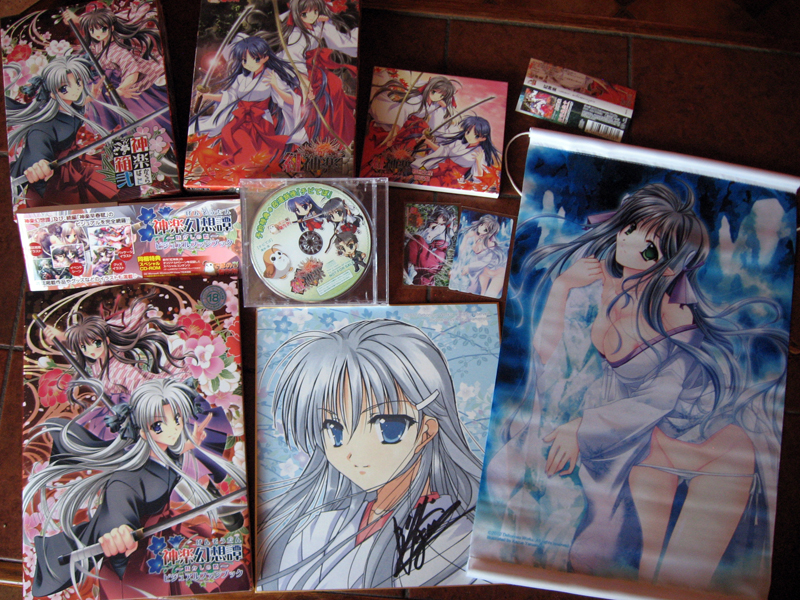 by Ran
I spy a nipple on that wallscroll. You are bolder than I.

by Julia
I forgot to post about my Kuragehime R1 DVD/BR boxset! yay. No photo, sorry.


Wow, yuna, what kind of county fair did you have where they have Black Rock Shooter loot instead of fried corn dogs?

Do you know all those languages Merun? Wow.

Julia wrote: Do you know all those languages Merun? Wow.

Just wish I did.

I also created a new Tumblr which will, hopefully, be updated with short reviews of these new doujinshi, and old.

Also, if there is a lack of Tinkle... it's normal

mistake of my deputy, along with some other doujinshi including Kantoku's, Choco's... He added 2 as a gift though doesn't match much my taste. Also had a discount of 100% ^^; though I'm not sure how business work with Japanese, so I paid 75%. Maintaining relationship is important too after all!

by Deoxys
Your loots are always impressive… How can you have room for all the stuff you buy?

by Merun
Bookshelves of course. I just bought a new one last week xD.

by shawurai
Here's my C82 stuff. Didn't get much this time around as I had to set some money aside for the Seinarukana Special Edition that will be released end September.

As usual I want got the Debonosu goods set. I wanted the 2 dakimakura covers as well, but auction prices were huge. Last time they released dakimakura covers (I think it was at C78) there was a 2nd production announced so I hope that will happen this time as well.

Other regular loot is the Tinkle set and the WNB set. As a little bonus I got the Mashiro Iro Simphony visula fan book (contains illustrations from both the original game and the port) 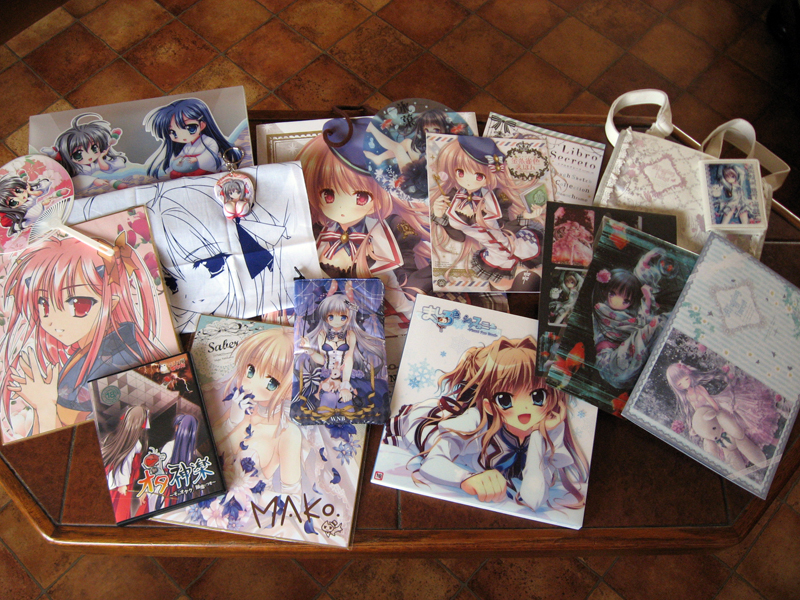 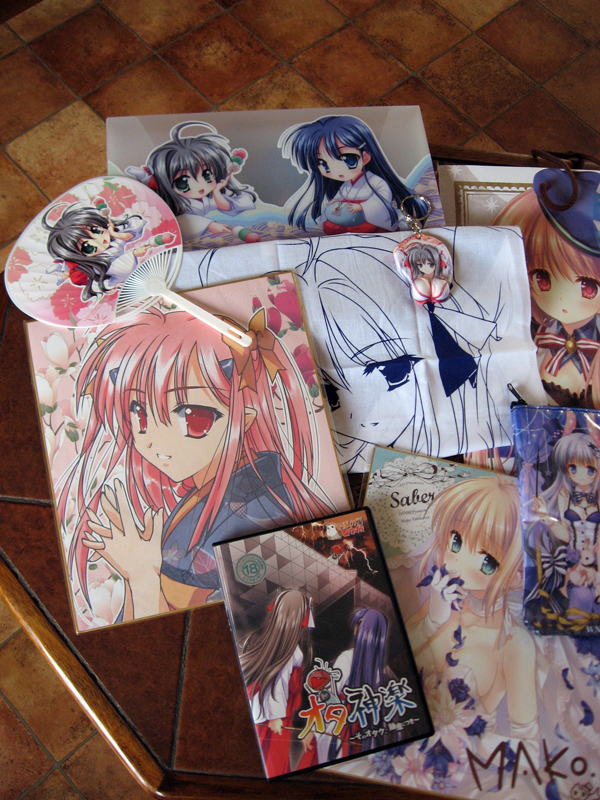 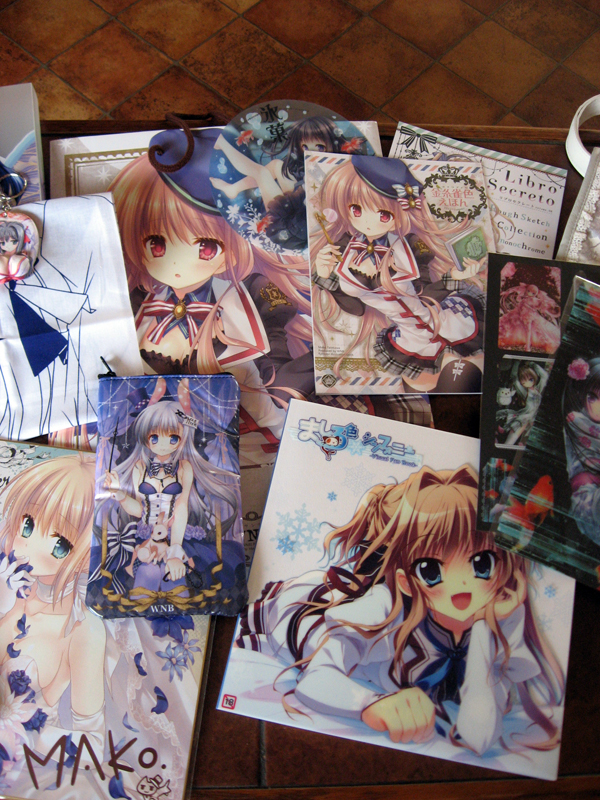 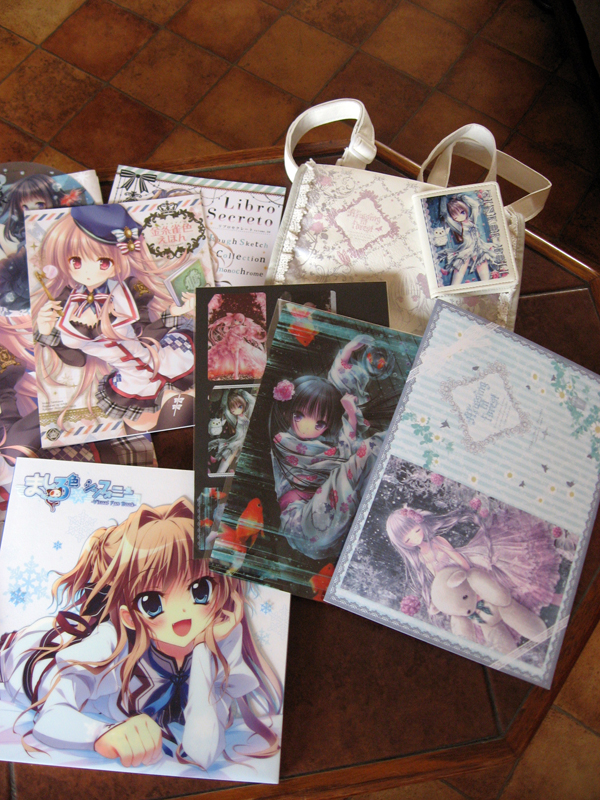 And got this as well last week (normal AmiAmi order): 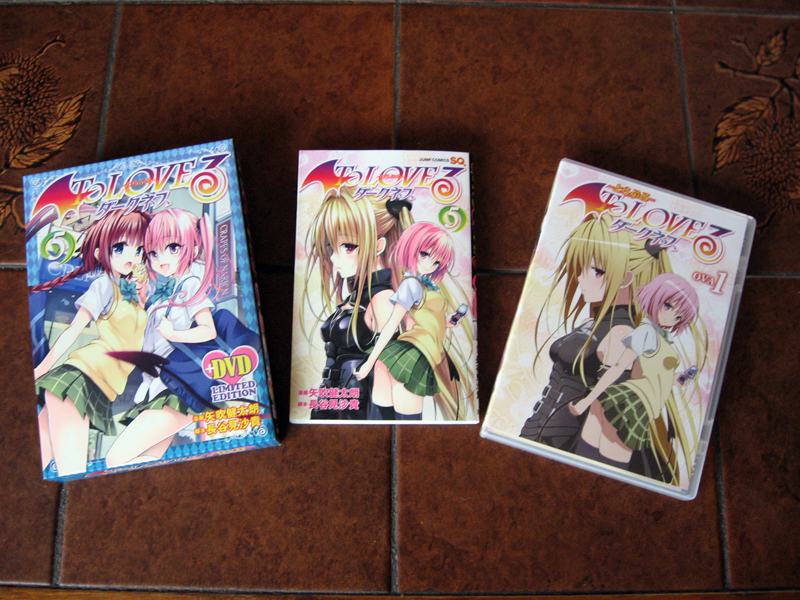 by Hopeful_Encounter
Wowie Ran, what an amazing loot! ^.^ You must of spent a ton of money though. ^^; It looks like you had fun though!

Isn't the Yune nendoroid the cutest? I have her sitting on my bookshelf. :3

I want that Menma figure and the Anohana collectors set~

by Ran
Yune is the cutest nendoroid ever! The little fang face is the best!

... So on further investigation it seems that the book is actually not released yet until July 17. Ha.

...So now it's saying the publish date is October 2012... and if I "PRE-ORDER NOW: This item will ship on October 16, 2012." I'm feeling like I'm never going to get it... I can't even see my order details page on the site because I ordered it in March and you can only look at order details going back 6 months... lame.

by shawurai
This month's loot.

Note to anyone: buy the Venus artbook.


I've now collected a nice set of visula novels with this latest released package in the Eien Shinken series.
(note: picture includes a book as well. Picture does not include audio CDs, telephone cards and dakimakura covers)

by shawurai
Thanks to some help provided by fellow shuushuu members I was able to find my missing Sona Hanabira doujinshi games: