Have a good idea? Let us know
Post Reply
751 posts

Also, by separate, I don't mean adding a tag for the other stuff. I should have used the word differentiate, but I try not to be too English-y here.
MyAnimeList | Tumblr (Pink GIFs) | Tumblr (Main)
Top

I'm pretty sure Fhant meant that they have to be actual "cat ears" on top of her head, not just pointy extensions to her headphones, and not so much that they have to be "live" cat ears, because we have been tagging hair bands with cat ears or hoods with cat ears with the tag ever since it was made. The things in that particular image just weren't clear cat ears, so no "real" cat ears if that makes sense ^_^;

I'm fine with changing the "hoodie" tag to "hood" since often other hoods do get tagged with it even if they aren't exactly a jacket.
I'm not sure how useful an "insect" tag would be and am actually more in favor of just adding a "spider" tag. Also, I don't feel right tagging spiders as insects because they're not but maybe that's just me being too specific about things ^_^;
I'm okay changing the "Gothic" tag to "Gothic fashion" too since we do use it for fashion and not anything else gothic.
I'm also fine with aliasing "sake" with "alcohol" because too many people only use it for actual sake. We could even make an "alcohol" tag and make "sake" a child tag to please those people who seem to want to keep it separate, but that would require a lot of retagging so your option is definitely easier.
I don't have a clear opinion on "castle" either. It doesn't seem like something that appears that often to me but maybe I just haven't noticed because I don't pay as much attention to the buildings in images either.

the gothic tag can be fixed by editing the tag description tho , but if renaming it is a better solution then i'm also ok with it.
i support hoodie = hood.

iirc bubble got renamed to bubbles because usually more than one is in an image so i think we should leave stars as it is for that reason.

Can we has a "dancer" tag, please?

We already have a "dance" tag that should cover it

I know the others haven't had any changes yet, but also wanted to suggest a couple more specific child tags of "Fairy Tales", for example Beauty and the Beast or Aladdin (whatever has quite a lot of images to group). We have over 5000 "Fairy Tales" images now and I feel like they need a bit more separation.

Aaand me again, as I would like a tag for Tsunokakushi (hood for Japanese brides to 'hide their horns'), kinda like we have tags for other clothing like miko/hakana etc. But as a child tag to wedding. I mean, it could also be a child of traditional clothing instead, I guess. Though I think most wedding clothing is traditional so.

Not exactly new tag suggestion so I'll leave it to mods to decide to either keep it here or make separate thread.

Tag "bow and arrow" has pretty narrow coverage for weapon tag and also to some degree (how often it happens I don't know since I'm no longer frequent uploader) it confuses user when if there's only one of the two. Therefore I propose to rename it to "archery".
Solves above-mentioned confusion and in addition to being applicable for both combat/sports archery images it also expands coverage by including crossbows/bolts.

Also small suggestion regarding animal oriented tags someone might suggest in future. For wider coverage using tags similar to existing ones like "rodent" (mouse/rat/hamster/squirrel) or "reptile" (frog/turtle/lizard/snake) and using specific types of animals as aliases, but that's ultimately up to upper echelon to decide.

I agree with the "archery" name change.

Life got a bit busy so sorry for the late reply but I agree on renaming the tag. 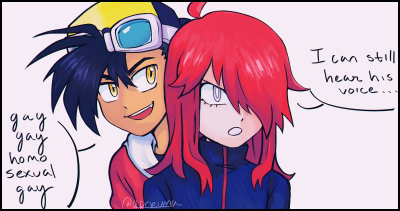 I came here to suggest 'hidotama' (those little blue ghost fireballs that are in tons of images), or at least 'ghost'. Rather than me trying to tag 'magic' 'fire' all the time. And we just plain have no tag for ghosts.

Regarding 'bow and arrows':
If it was changed to archery instead, we'd have to take it out from under the weapon parent, I think. It creates the issue with the old preference for concrete nouns (where it says 'Theme tags are generally concrete nouns') but we have a lot of others that aren't these days. I feel like it's just common sense to tag either bow or arrows under the same tag, but I do prefer it being one word rather than three.

The only question I'd have would be whether it would still accompany 'sports', 'fighting' or 'weapon' when being used (I would say so, considering changing it means it can't really be a child of any of them).
MyAnimeList | Tumblr (Pink GIFs) | Tumblr (Main)
Top

If I remember correctly, I suggested having "ghost" tag before (or someone else suggested and I approved it), but it has been overruled. Though maybe now this decision might change

I'm not sure about the hidotama tag. I believe we could just make "ghost" cover it instead. If we want decide to make it however, I believe it should be as a child tag of ghost and not created separately.

As for archery vs. bow and arrow - while I agree it could use a change of the name, I also agree that simply naming it "archery" is not ideal name. At the very least I would prefer "archery", because it seems to cover more. What I mean by it is that even though we agreed to use "bow and arrow" in situations where either bow or arrows alone are visible, the name itself contradicts this, while "archery" could be more naturally used to describe anything related.
Top

can i suggest a ferris wheel tag?

I don't see why not. Now that I think about it, would it work if we put it as carnival or Festival with Ferris wheel as a child?? Hurmm...
[Signature space. $10]
Top

I'm fine with a ferris wheel tag. As for that other thing I'm not particularly sure but I know there are some non-carnival-y images of girls in them as well, so it can work either way.

requesting permission to create the tag
give a gal something to do over her weekend (;