Okay, so this has been bugging me for a while now. What exactly IS Mettaton? A boy or a girl? I heard one story that made sense. I forget exactly what it was but it involved Napstablook and an old female friend of his that disappeared and then Mettaton was created and became close with him like his old friend and possibly WAS that friend... Or something. Sorry, super vague on details/explanation because my memory is sucky.

But anyway, your thoughts?

Mettaton is a robot. That basically means he's genderless, but if you want to assign a gender to him, then he's male. 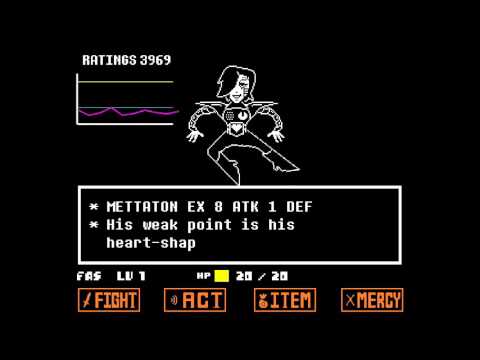 Not to mention that as one of the only 2 characters that actually have a voice, he sounds nothing like a woman
https://www.youtube.com/watch?v=GHQ6ba-n12E

and spoilers ahead, Mettaton was Napstablook's cousin, not female friend

There's plenty of info on the internet, if you want to know more about him, just check the wiki